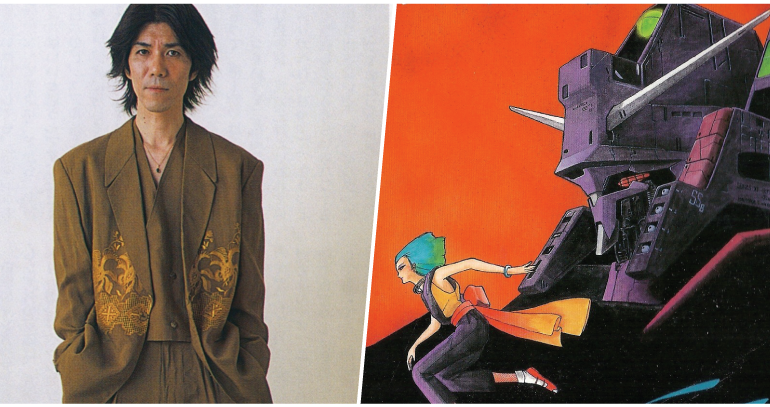 Here is a collection of his illustrations rejected and used in the Gundam Franchise. 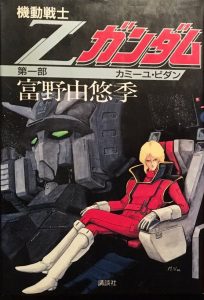 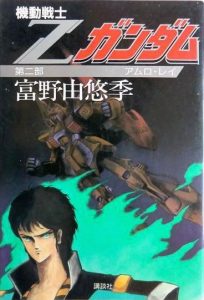 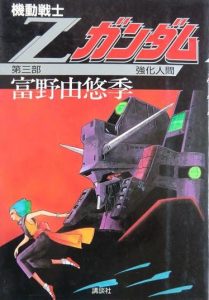 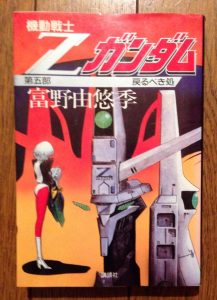 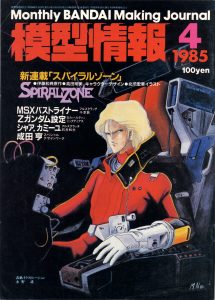 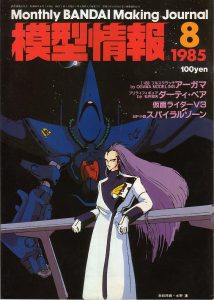 These rare novels can still be bought on Japanese auction sites.
https://store.shopping.yahoo.co.jp/bananacrepe/p3duwtyrmd.html 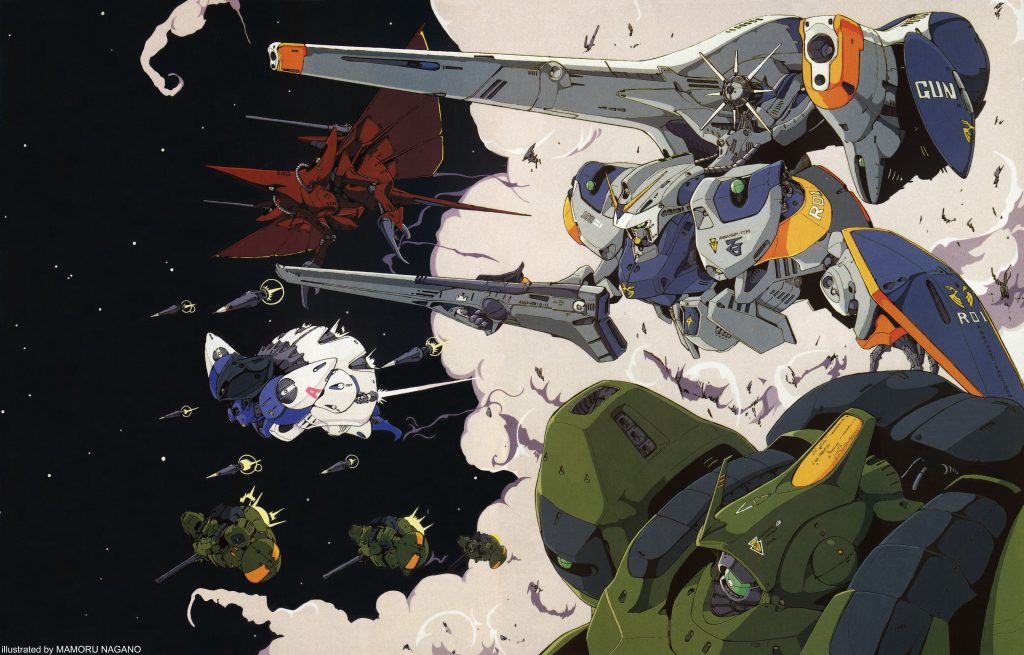 The Qubeley and Hambrabi designs remain almost the same as Nagano originally designed them. However, Hyaku Shiki, Galbaldy, & Rick Dias were modified again to fit the Tomino’s wishes.

Nagano also designed concepts for Gundam ZZ. The Hamma Hamma had an entire different design than the one used in the series. The Qubeley Mass Production Type didn’t exist as well, however Nagano later released illustrations of the Hachicca used in early concept drafts for the mass produced Qubeley. 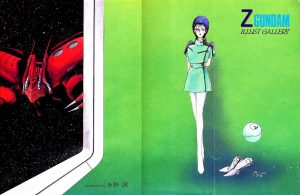 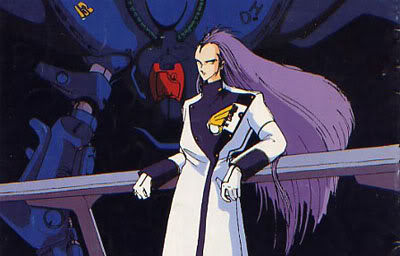 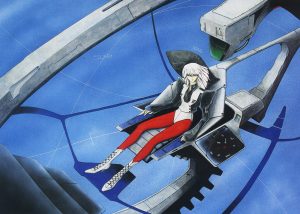 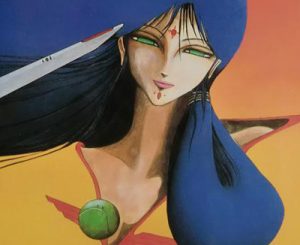 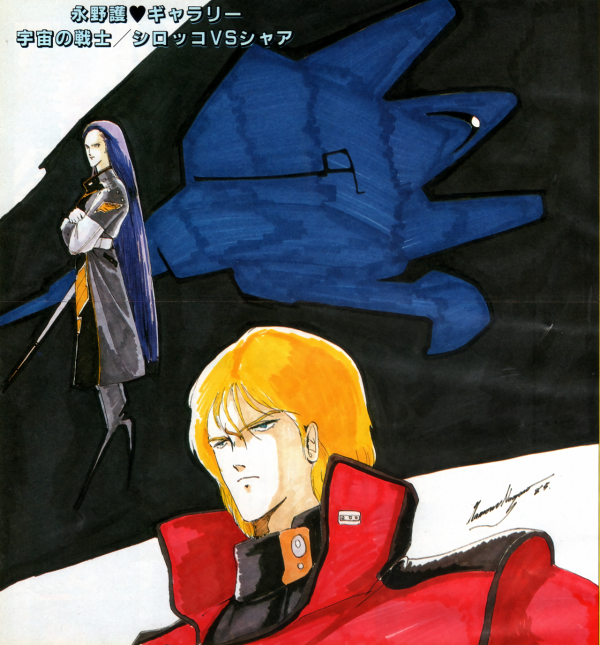 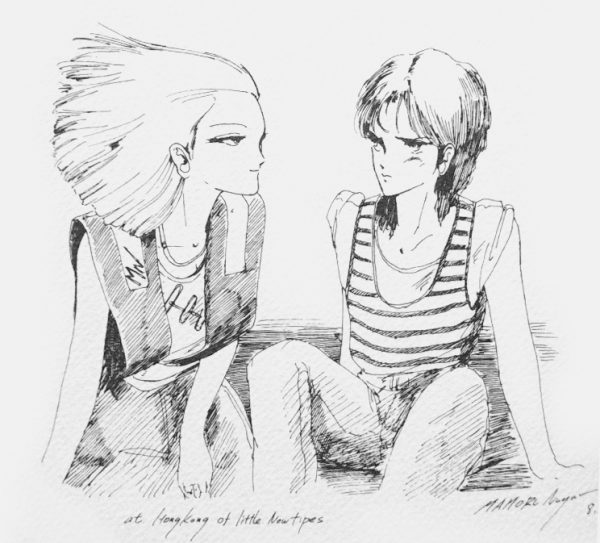 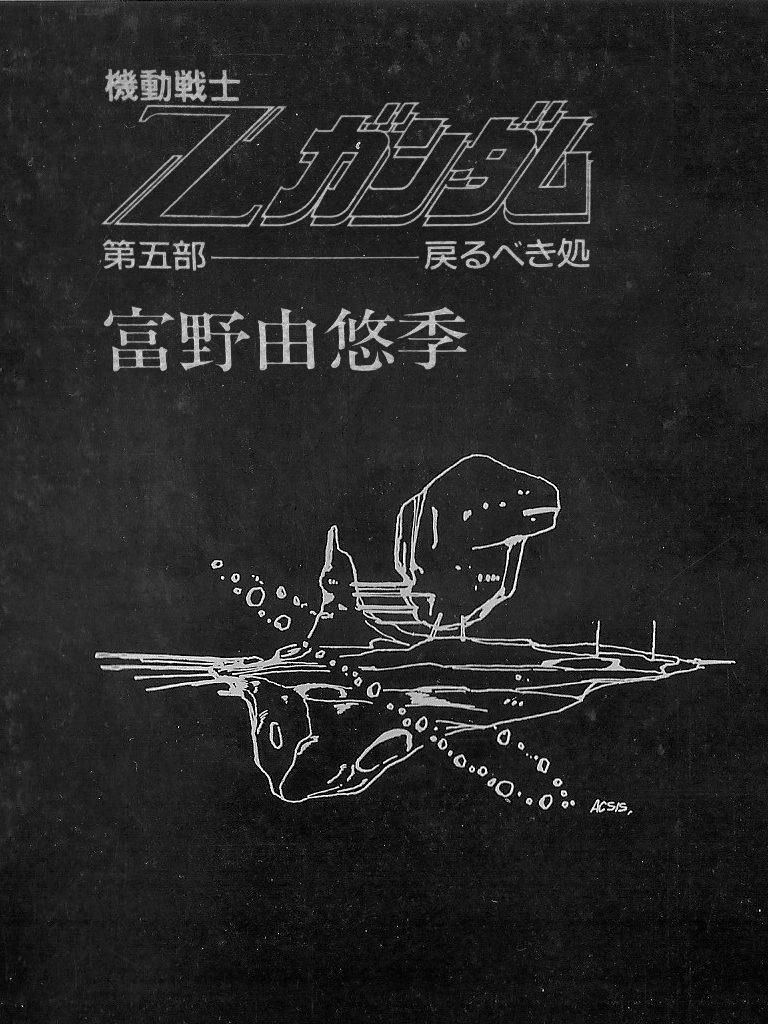 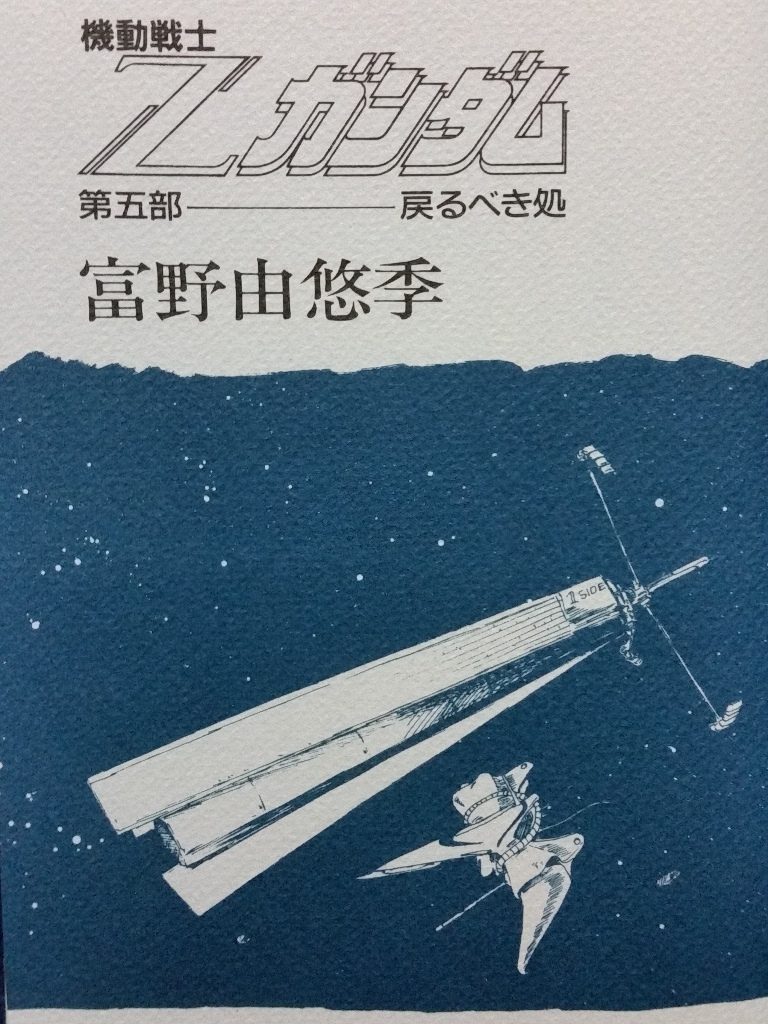 Mamoru Nagano is most famous for his manga series, Five Star Stories. Much of the inspiration for FSS came first from working direct under Yoshiyuki Tomino with the series L-Gaim.

Below are some comparisons between both bodies of work. 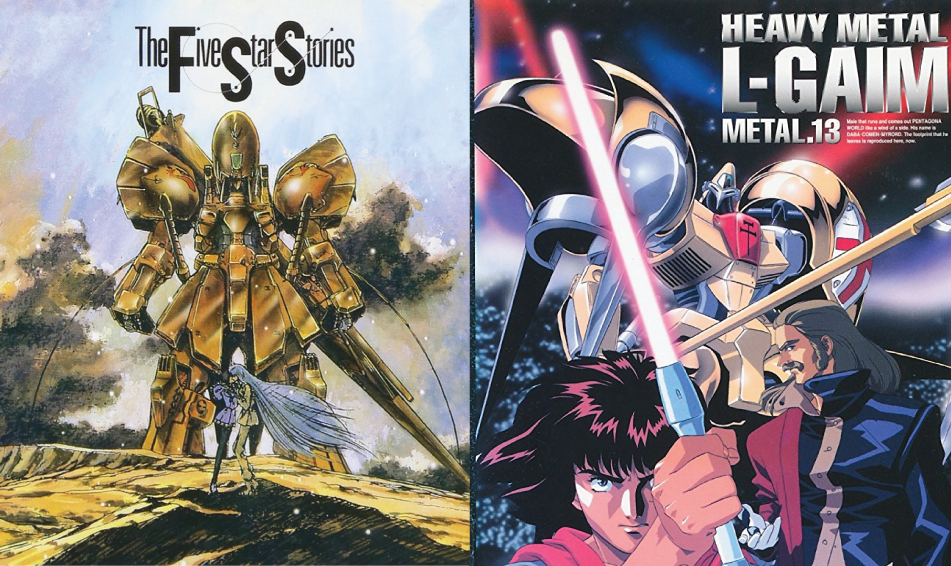 The ultimate symbol for the Ruler of the Universe is the golden mecha.
This is the case for both Five Star Stories and L-Gaim.

In FSS, The Knight of Gold was made as a symbol of the union between Lachesis and Emperor Amaterasu (Ladio Sopp). Also because Lachesis was a fatima, she co-pilot the machine with her husband.

Originally Amaterasu was suppose to be Possaydal .
This concept illustration below shows that. However, with bad relations between the company Sunrise and Nagano, the name of characters was change.
Five Star Stories became a independent story both written and illustrated by Mamoru Nagano. 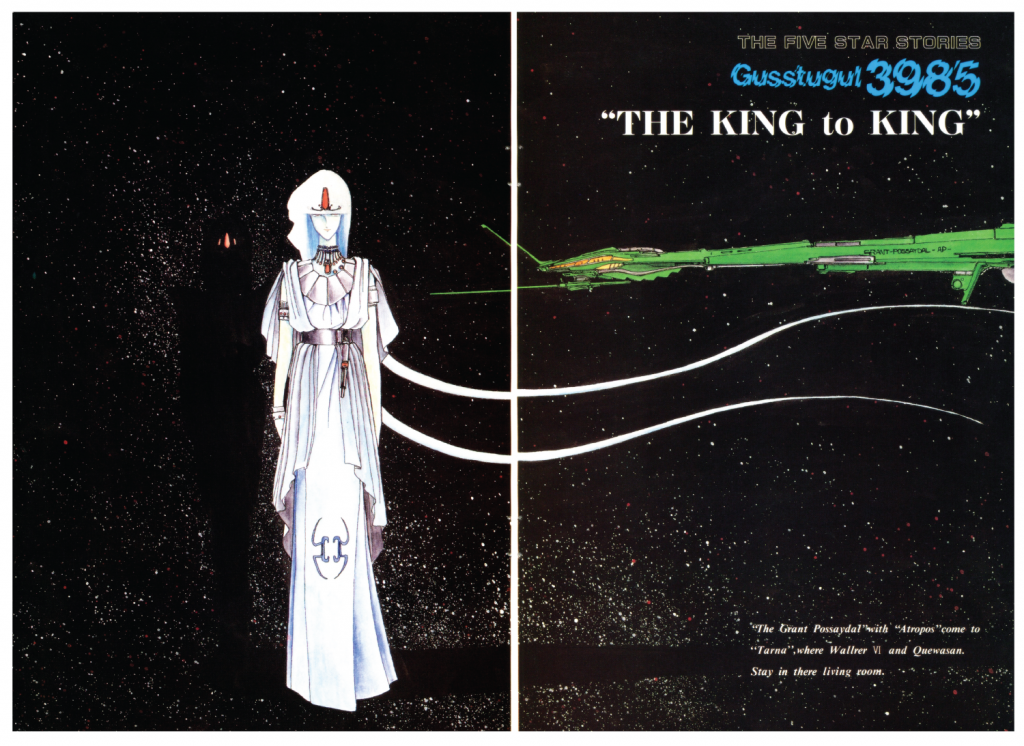 “The Great Possaydal” with “Atropos” Come to “Tanra”, where Waller VI and Quewasan. Stay in there living room.”

Atropos is a fatima name still used in FSS, but both Quewasan and Possaydal are LGaim characters.

Another scene at the end of LGaim, Mian mentioned the room of Lachesis. The name of Amaterasu‘s wife in FSS.

The royal gown for Emperor Amaterasu and Olnda Possaydal also remained the same. 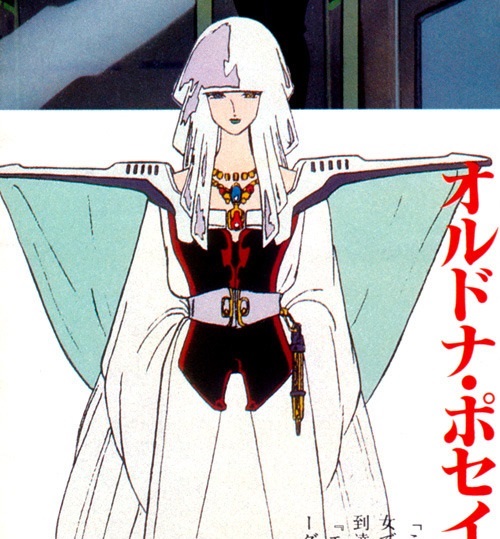 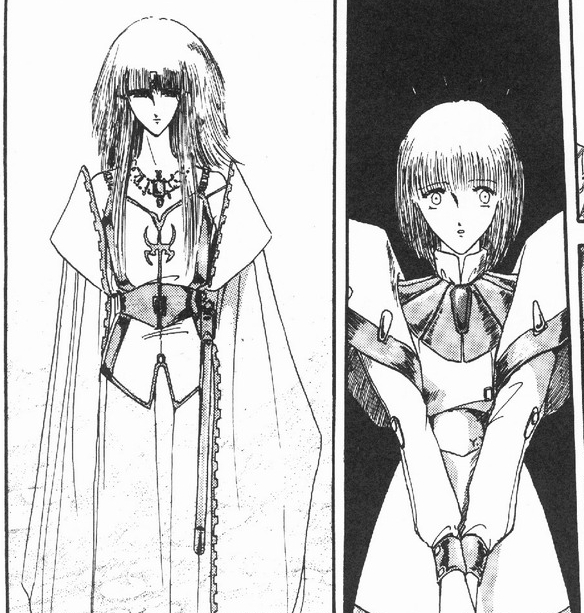 Emperor Amaterasu with Lachesis in FSS 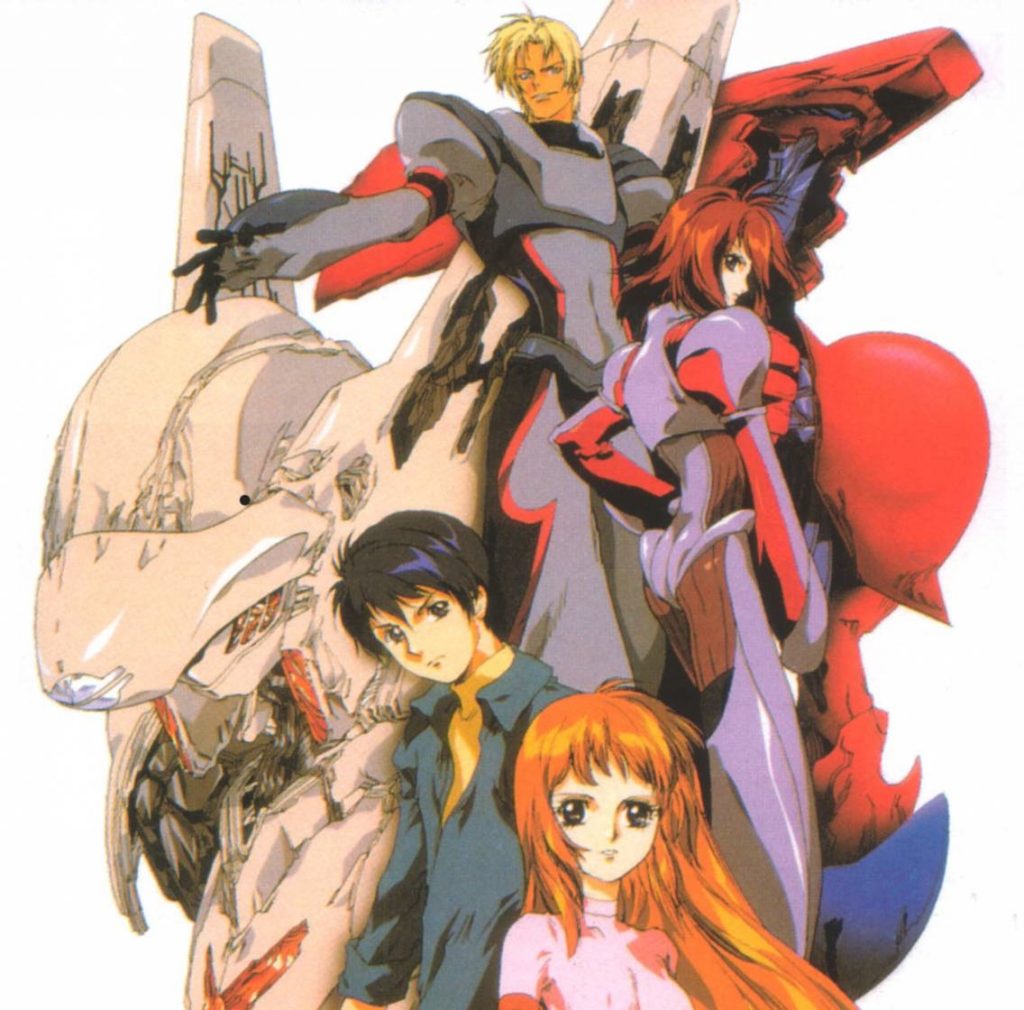 Brain Powered was the last project of Mamoru Nagano and Yoshiyuki Tomino.
Nagano’s contributed to the series’s mecha design.

The Successor to the Qubeley, Demeter 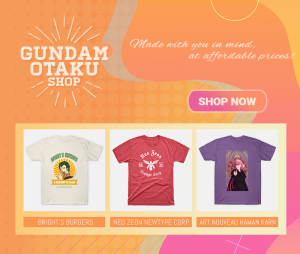